Tony Lowe has supported a number of charities and fundraising events over his career.

Notably with Action Aid’s ‘Bollocks to Poverty’ – ‘innerlife/AOTA’ Live Event in London in 2008 donating the entire gross proceeds from the event, making it the largest single contribution to Bollocks to Poverty at that time.

Bollocks to Poverty was part of ActionAid, an international charity that works in the world’s poorest countries in Africa, Asia and Latin America. “ActionAid doesn’t just hand out aid; we give people the power and resources to end their own poverty for good by helping the world’s poorest people speak to the world’s most powerful and demand their right to food, education, and healthcare.” 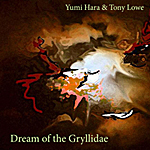 Due to the sad events in Japan  – surrounding Fukushima, Tony Lowe and Yumi Hara Cawkwell donate all download proceeds from their album ‘Dream of the Gryllidae’ to the Japanese relief effort for pets – Inu Neko Kyusai no Wa (Circle for welfare of Dogs and Cats).